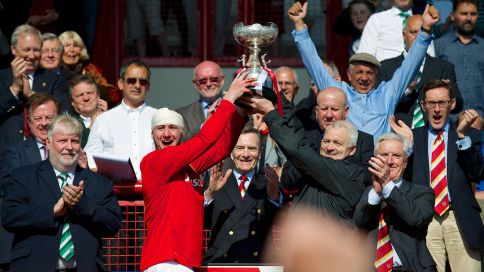 His Excellency had the pleasure in present Jersey the Muratti Vase for a second time in two years after beating Guernsey 1-0 in front of home supporters.

In a game where both sides finished with ten men, Jersey men’s captain and manager, Luke Watson grabbed the decisive goal on the hour following periods of dominance from the hosts, and they held off late Sarnian efforts to grab an equaliser in front of a crowd nearing 2,000.

The result means Jersey have now won the title 54 times, Guernsey 46, and Alderney once in 1920.