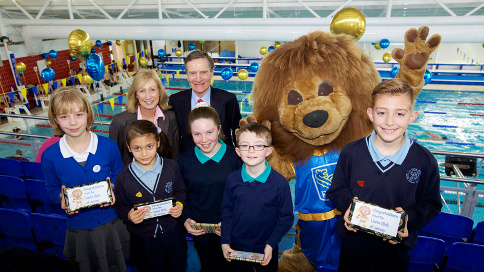 The Lieutenant-Governor and members of his staff, Crown Cormorants Team, will be taking part in this year’s Lions Club of Jersey Swimarathon on Thursday 10 March.

The Swimarathon started in 1972 and has raised over £3.3 million for local charities and organisations.

Last year, the Swimarathon raised over £133,000 and had 456 teams taking part. This year’s Swimarathon takes place from 9 to 13 March at Les Quennevais Pool.