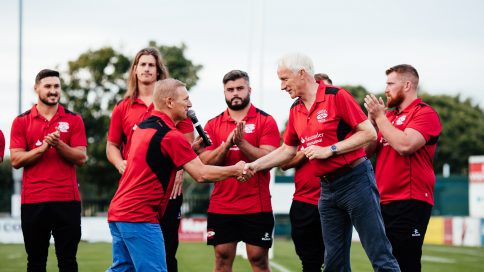 His Excellency attended the Jersey Reds pre-season selection game, hosted by the club’s lead sponsors Santander International, during the evening it was announced that His Excellency was to become co-patron of the club.  He joins Lord Jersey, who had previously been the club’s sole patron for the past several years.