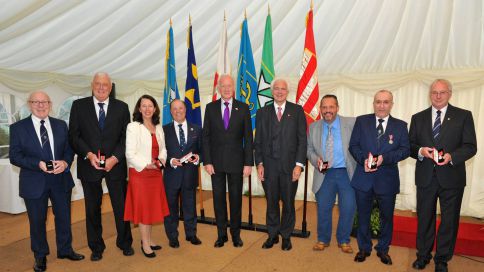 Seven long-serving members of the honorary police have been honoured a special ceremony at Government House.   His Excellency and Lady Dalton hosted the reception and celebrated the officers’ long and distinguished service to their parishes.

A Bar to the Honorary Police Medal for Long and Meritorious Service is awarded to Constable’s Officer John Keane of St Helier.