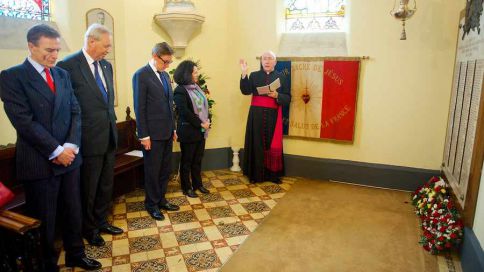 His Excellency and Lady McColl recently hosted a visit by Her Excellency Madame Sylvie Bermann, French Ambassador to the UK.

On the first day of a two day visit to the Island Sylvie Bermann laid a wreath at St Thomas’ Church for French residents of Jersey who died during the Second World War, after which she attended a reception for French nationals at the Town Hall.

In addition, during her stay the ambassador met representatives of the business and finance industries and was be the guest of honour at a dinner hosted by the Bailiff.