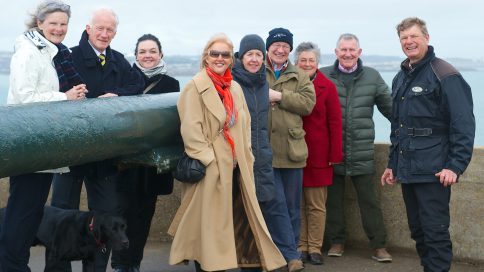 His Excellency and Lady Dalton hosted the Lieutenant Governors’ from Guernsey and the Isle of Man and their wives. During their brief visit to Jersey they visited Elizabeth Castle, Mont Orgueil Castle, Eric Young Orchid Foundation, the Coin Hoard, and Noirmont Point to view WW2 German Bunker.