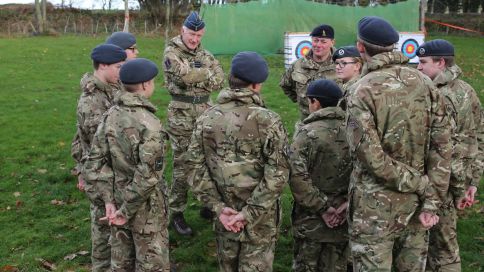 An all-girl team from the Jersey Air Training Corps won the best female team and the Royal Marine Cadets, part of the Jersey Sea Cadets, went home with trophy for the best mixed team.

His Excellency watched the cadets as they undertook rigorous challenges, taking part in a drill, a shooting completion and a formal inspection by His Excellency.